Posted on December 4, 2019 by chris cowdrill 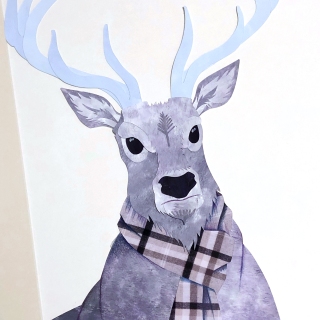 season’s greetings! we’re well into the festive season now, and recently i produced two drawings that i initially worked up as digital pieces – the first was of a partridge, the second a stag. now – in all honesty – i wanted to do a drawing of reindeer, but i was finding it really hard so i ditched the reindeer and drew a stag. i drew it; it looked like a stag; great. i scanned it into my mac and then worked it up in purple and blue hues (just as i have with a penguin, owl and sloth in the past) – and it turned out to more resemble a reindeer. i know it isn’t a reindeer (and those of you who might study animals can probably point out why – but just from looking at a few examples i could tell that the nose and antlers are very different), but the simple change in colour made it appear like one. i decided to also work it up in more natural colours and this (as you might expect), does look like a stag (!) i also made traditional cut-paper collage versions of both too. continuing my series of stern looking creatures – they both look pretty serious, but then that’s how they are. anyway, i hope you like them – the different versions are all included in the gallery below. 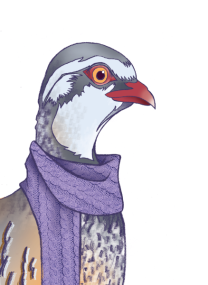 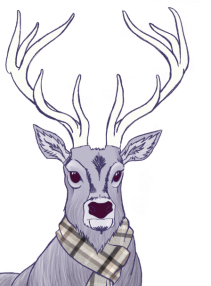 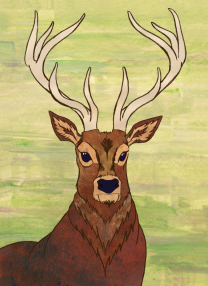 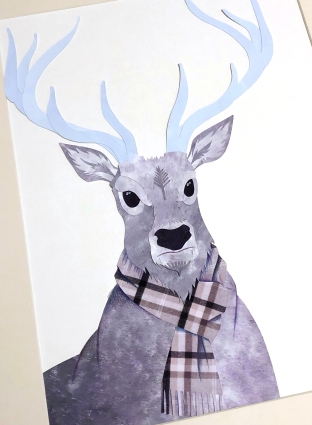 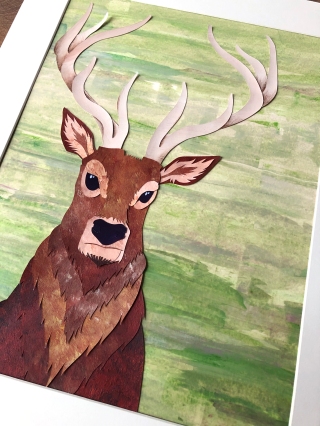 i'm an illustrator, i do graphic design and i teach graphics at a college
View all posts by chris cowdrill →
This entry was posted in finished artwork and tagged animals, art, artist, christmas, collage, deer, digital illustration, handmade, illustration, made by hand, partridge, reindeer, stag. Bookmark the permalink.