i’m working on a series of insect-based

illustrations using ladybirds (or ladybugs), as the starting point. here’s the first two i’ve completed. there’s been some new challenges in producing them – although they only contain about 40-50 individual cut pieces each, some of the cuts are more intricate or tricky than usual (the legs, for example), and there are more cuts per piece on some of them than i’m used to (so one wing on the moon bug has 21 cuts, whereas the flower bug has 40+ cuts per wing). i’ve enjoyed working on them and will probably develop more of these beyond the three i’ve initially planned.

let me know what you think… 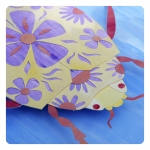 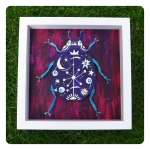 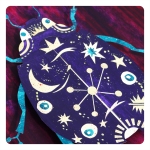 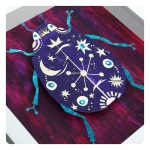 i'm an illustrator, i do graphic design and i teach graphics at a college
View all posts by chris cowdrill →
This entry was posted in finished artwork, handmade and tagged art, artwork, collage, craft, design, flower, handmade, illustration, insect, ladybird, ladybug, moon, nature. Bookmark the permalink.